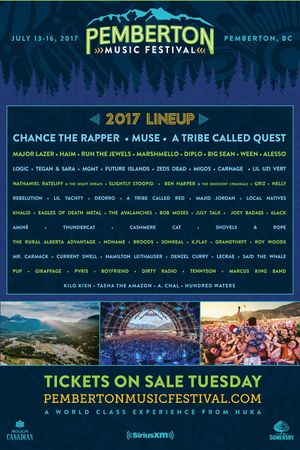 A festival show that was in between the North American Summer Amphitheatre Tour.

Confirmed by the band and the festival on April 28th, 2017, Muse were going to be one of the headliners of the festival. Unfortunately, on May 18th, the organisers had to cancel the whole festival.[3]

This was supposed to be the band's first gig in the village of Pemberton, but not in the British Columbia province, since Muse has done plenty of concerts in Vancouver (the last being in late 2015).