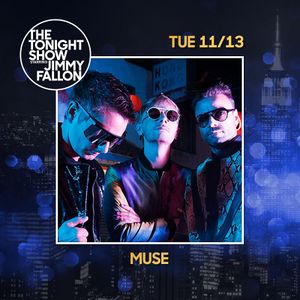 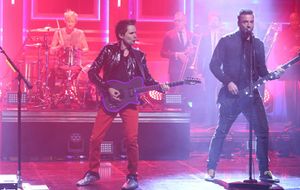 Muse at the Fallon show 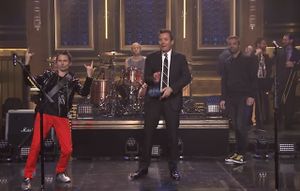 Muse at the Fallon show

Announced on 7 November by the show's official page, Muse were performing at the 960th Jimmy Fallon show on 13th November.

They soundchecked Pressure before the show. It was played it with a live brass section for the second time.

Matt gave Fallon his guitar as he tried to play it during the credits.

Pro-shot footage of the performance was uploaded on The Tonight Show's official YouTube account, but was taken down a while later.