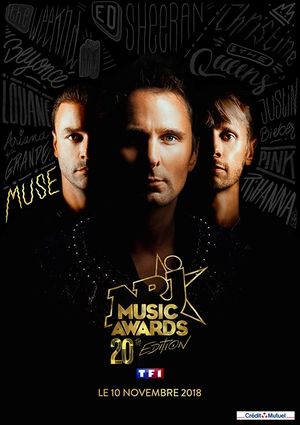 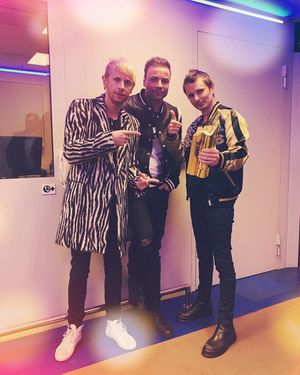 After the show with the award

The NRJ Music Awards celebrated their 20th anniversary, with Muse as one of their most prestigious guests. The show was broadcasted by the french TV TF1.

They soundchecked Something Human before the performance.

Something Human was half-mimed (only vocals were sung) and shortened. After they played it, they received a "Honor Award", for their whole career.

This was the only time on the tour Dom used a very minimalised DW drum set.