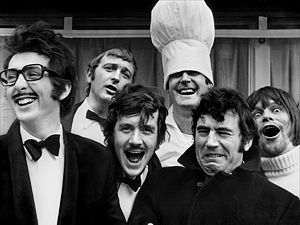 Matt loves with passion Monty Python, because matt has taken 'Monty Python' as a reference for many things and overuses the name in various interviews, for example:

As well matt tweeted in July, 2011 a video from Monty Python's Life of Brian "Always Look on the Bright Side of Life".[4]