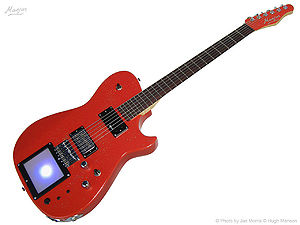 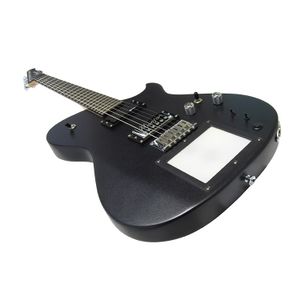 This is a signature series of MB-1 guitars based on Matt's X-Y pad guitars (the Manson Black Midi and the Manson Red Glitter), however, unlike Matt's guitars, this series feature a humbucking Sustainer pickup.

The MB-1 range (Matt Bellamy series 1) has a starting price of £3249 for a Black basic version with no Midi screen or Manson hardware. To upgrade to a Red Sparkle Finish would be an extra £200. To upgrade to a MIDI Screen would be an additional £319, so an identical one to Matt's costs £3768.

One of these guitars was used by Matt, the Manson MB-1 Red Glitter.

As this guitar features the FSK-101 Sustainer, Manson Guitars announced the Manson MB-1S Matthew Bellamy Signature Guitar, which is build with the FSK-401 Sustainer, with which it has the exact same specs as the Manson Red Glitter.