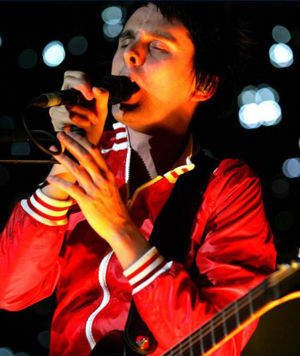 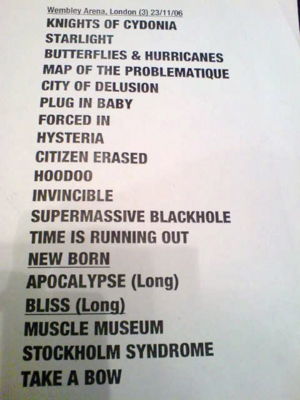 Dan Newell, the trumpeter was back, playing Knights of Cydonia and the solo on City of Delusion[3]

The Balloons were released during Bliss. The Ashamed outro was performed for the second time in 2006 as an outro to New Born.

An audience recording is available in mp3 format here.

Knights of Cydonia features on the DVD of the Australian 2007 re-release of Black Holes and Revelations.

After Bliss, while the balloons were still around, Wolstenholme went to kick one of the balloons. It burst however, arcing through the air and landing on his head as if it were a wig. Wolstenholme continued walking around the stage for several minutes before eventally removing it.