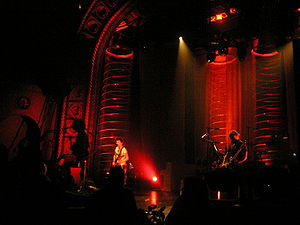 There were several HDV cameras at the show, and one recorded a concert attendee talking to Thomas Kirk. The crew explained that the footage would be used either for another DVD, or "something to that effect".[1]