The Iceman is an electric guitar model range built by Ibanez since 1975. Since then, many famous artists, including Paul Stanley from Kiss and Daron Malakian from System of a Down started using the Iceman. Bellamy used two of Iceman ICX120 models, a compact version of the regular Iceman, which was produced between 2000 and 2004. Like with the Ibanez Destroyer, Matt had two of these in his arsenal, both used during the Hullabaloo era. Both appeared to have stock elements with no special circuits. Both guitars were destroyed. 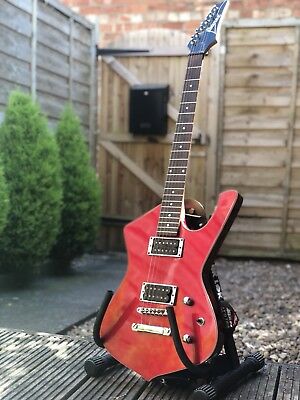 One of Matt's ICX120's. This guitar featured a candy red paint job with white binding. It featured stock AH3 and AH4 humbucker pick-ups and stock hardware.

The guitar was part of many destructions, including being swung around and thrown into Dom howard, hitting him on the head, and being thrown into the audience. 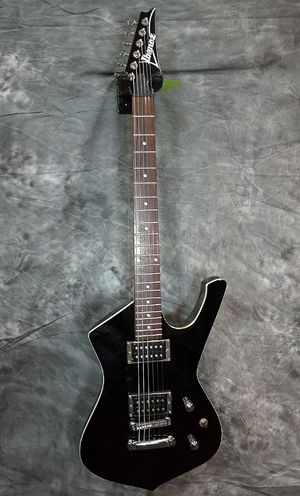 The second of Matt's Icemans. It's the same as the candy red one, the only difference being the paintjob, with this one having a gloss black paint job (with white binding). As with the red ICX120, all elements remained stock.

Alike the red Iceman, this guitar was also part of many destructions, being thrown across the stage floor amongst other things.

The guitar was used during the Hullabaloo era and was presumably destroyed.