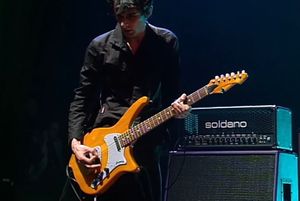 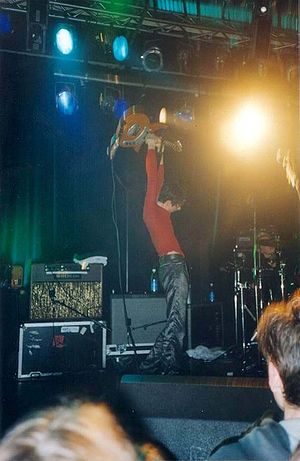 The Londaxe is a very rare guitar made in mid 90's by Emex. The guitar was designed by Jerry Auerswald, who also designed custom guitars for Prince. The guitar appears to be a more abstract version of the Fender Telecaster.

Matthew Bellamy used the Londaxe during the Showbiz era, in yellow colour. A video of Matt using this guitar can be seen here.

The guitar was featured in the "Uno" music video. It was destroyed at the Astoria in London, in 2000 after Showbiz. Watch the clip here.

The guitar was primarily used during the Showbiz era for gigging in 1999, before it was destroyed in early 2000.