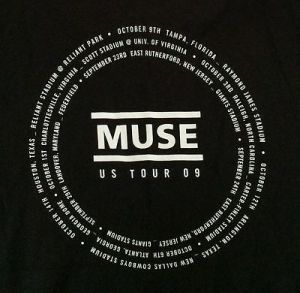 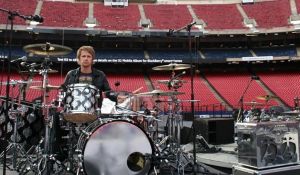 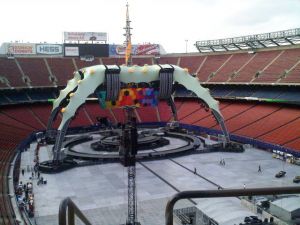 In 2009, Muse were listed on the Izod Center website as special guests supporting U2 at the Giants Stadium. The concert, previously scheduled for 25th September at Giants Stadium in New Jersey, was moved to the 23rd. The September 24th performance proceeded as scheduled.

The gig featured a debut performance of the cover of Leonard Bernstein's America. Dance of the Knights returned as the intro after more than one year.

Morgan Nicholls returned to gigging after a short break.