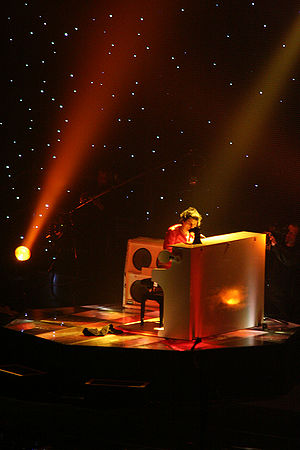 It was Wolstenholme's birthday and the fans didn't forget it. The balloons were released during Bliss and kept flying in the hall during Feeling Good. A lyrics variation was made during Invincible. Matt played the trumpet solo of City of Delusion on his guitar.

A FLAC recording is available here. This was recorded through an AT853 into a Creative Nomad Jukebox3 by 'MLK'.[7] A recording in mp3 format here.