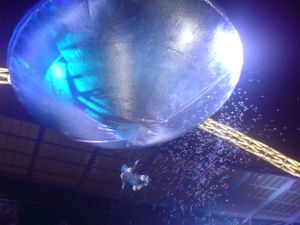 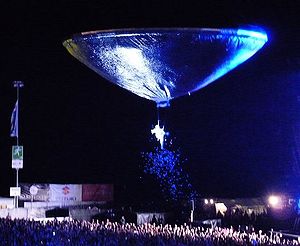 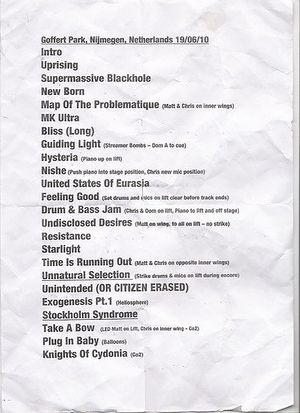 Fan-named "Bernie the UFO" was first seen on the 2nd of June 2010 at the Stade de Suisse. Bernie appeared on most of the dates of the 2010 Resistance Stadium Tour, when Exogenesis: Symphony Pt. 1 Overture was played. An acrobat, dressed in silver alien-esque costume, hangs beneath the device and performs acrobatics, in the same manner as that of the two acrobats whom hung beneath balloons for Blackout during the 2007 Wembley Stadium 2007 gigs. Bernie is likely referred to officially as the "Heliosphere", as seen on the official Goffertpark 2010 setlist, although Exogenesis was ultimately not played at this gig due to heavy weather forecasts disabling the use of the UFO, so this cannot be confirmed.