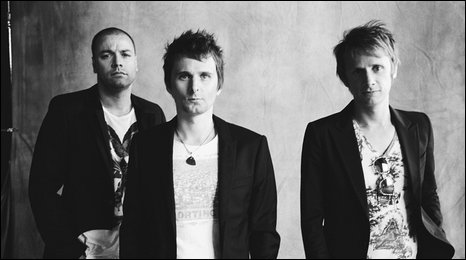 Rock band Muse have said they would be keen to record the theme for the next James Bond film.

"It's something we'd probably say yes to, or at least give it a good go," drummer Dom Howard told the BBC.

The new Muse album The Resistance, released this week, sees the band blending their stadium rock sound with strings and opera. "Certainly some of our music fits with the James Bond vibe - and I think it could work," Howard said.

Daniel Craig is due to return as James Bond in the 23rd adventure of the series, although no production date has been announced.

The last James Bond theme - Another Way to Die - was recorded by Jack White and Alicia Keys.

Duran Duran were the last British band to record the Bond theme, more than 20 years ago, for 1985's A View To a Kill.

"The last few have been pretty good," said Howard. "But I think we could do a good job. 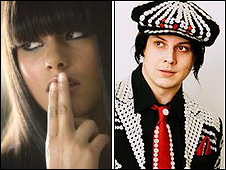 Alicia Keys and Jack White performed the theme song for Quantum of Solace.

" United States of Eurasia [from new album] could have worked but it's probably a bit late for that now."

He added that bassist Chris Wolstenholme was a big Bond fan.

The Resistance is the follow-up to 2006's Black Holes And Revelations and features a three-part orchestral symphony called Exogenesis.

So would Muse consider writing a full film score?

" Matt [Bellamy] did the end credits for a film called The International," said Howard. "It's not something we've done as a band, but we sometimes get asked for that kind of thing.

"It's a bit weird in the Hollywood world, because you spend a lot time being told what to do and that's a bit of a pain because we like to do what we want.

"So, I think if you can find a director you can really relate to, and it's a great film, and you know you can work well together, then it could be a possibility."