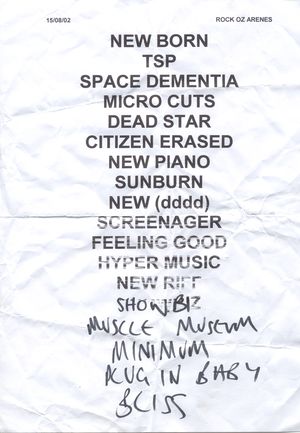 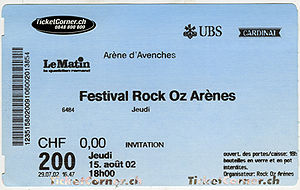 This gig was where Eternally Missed gained the pseudonym "Rusty One". Matthew Bellamy apologised after making a mistake, saying "Cheers, cheers ... bit rusty that one".

You can listen the radio broadcast of the gig here [1], the end of Muscle Museum, Minimum, Plug in Baby and Bliss are missing.