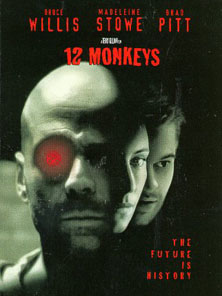 The film Twelve Monkeys starring Bruce Willis came out in 1995 and was directed by Terry Gilliam (ex Monty Python).

During the film the following images can be seen which bare great resemblance to the Muse EP cover:

However, the Muse EP wasn't released until 1998, three years after this film came out.