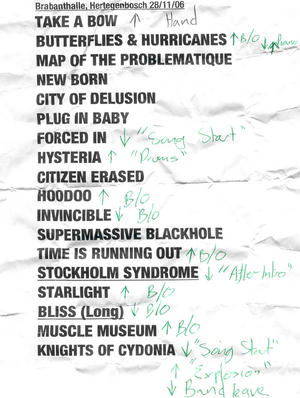 Muscle Museum was listed to open the second encore on the official set list but it wasn't played.[3]

Bellamy played the trumpet part from City of Delusion on his guitar. The balloons were released during Bliss.