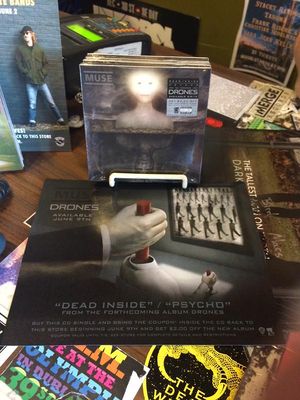 Dead Inside is the first single from Muse's album Drones. A physical copy of the single was released in the United States (and after for the European market) along with Psycho in the form of a double a-side.