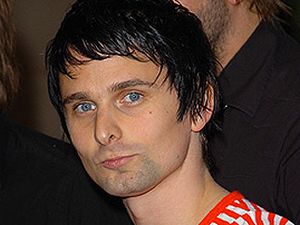 An interview conducted by ITV.

As the festival season rolls to a close, we finally catch hold of cryptic rockers Muse to discover how winning the Kerrang! Best Live Act award has rocked their world, and why space isn't just a Supermassive Black Hole …

You've been doing a fair few festivals this year. How was that?

It's good. I think with the festivals you sometimes feel a bit less pressure. Even though there's a s**t load of people there, they aren't all there to see you. At your own show people want to see a good show and expect it. At a festival there's also always that unpredictable element because you haven't got the chance to do a sound-check or anything like that and sometimes things can go a little bit wrong.

I think people kind of expect that and when things do go wrong it's not necessarily the end of the world. At the same time it can get you down when you go on stage and nothing works.

But that's why the festivals are so great. When it does work and it's all perfect, it suddenly becomes the best gig in the world.

You've just picked up the Kerrang! award for best live act which is a nice accolade …

Yeah, it's always nice to be in a good live band. When you're in the studio it's a different thing – there's no limitations. You've got all the time in the world to get it right. When you're on stage you've got one shot and if you blow it, you blow it. So to get the respect for being a good live band is something that we've always wanted and is nice to get. That's where the heart of the band is and that's where we all feel most comfortable.

You often hear of bands slagging one another off. Do you get much of a sense of that?

Not for us. I was saying recently that at Reading on Saturday we got really positive vibes. Everyone watched a bit of all the bands and you speak to other bands. It was just a really positive atmosphere off stage and everyone was saying that they really enjoyed it and that the crowd was amazing.

I think that's the way it should be.

I think too many people try and create a hierarchy of who's playing where and who's doing what. I went to watch Wolfmother really early in the day and that was probably the best gig of the day – I thought they were f**king amazing.

You guys try quite a few different styles of music. Is that to keep it fresh or is it just because you all like different stuff?

I think it's a bit of both really. We always make a conscious decision that when we make a new album it has to be different from what we've done before. Not just we feel that because it's getting boring, but because if you want to challenge yourself as a musician or a player you have to go into areas that you haven't been into or maybe even that you're uncomfortable with. That's the only way to expand your playing abilities.

Some like Knights of Cydonia are a bit off the wall and not like anything we've done before. They're a bit weird and a bit crazy. But I think it's one of the best songs we've written. But when we started writing like that it was tricky as it was in an area we hadn't been before. When you finish something like that and think it is the best thing you've written, that's when you can look back and say ‘that's f**ing great'.

You write some quite political stuff. Is that important for you guys?

I don't think there's anything that direct in the lyrics that necessarily make it political. I think it's some of the inspiration in some of the songs that makes them political. There's no references to people or places – you can relate the lyrics to a whole bunch of things – so they're not that specific.

Rumour has it you're fascinated by space. Is that true?

I think everyone is. I think most people think about what is out there and everyone has a curiosity about the unknown.

So what do you make of what's happened to Pluto?

We've been on tour so I don't know. What has happened?

It's been downgraded - it's not a planet anymore …

So what is it?

That's a bit sad really – it's like the Universe is shrinking.

Anyway, you're also famous for including cryptic messages in your songs. Where does that come from?

Is it quite dull being on tour?

No. Obviously playing live is great – it's not very often you come off stage and not enjoy it. But hanging around in the day can get a bit boring sometimes.

But it wasn't really boredom. We were in America and had some bikes which we couldn't take back to England. So we started doing anagrams. That stems from the fact that we had some new, untitled songs in a set and one of them we put ‘New Song' and ‘Des' next to it which was a note to our keyboard player, Des.

Everyone started trying to work out what Des was. So basically every time we have a new song we put an anagram in the set list.

That started a huge treasure hunt which meant that if you decoded these messages you went to an email address. Everyone that replied to email got one back with a particular type of code which was a map to a bridge in Texas where we had a bike which the three of us had signed hanging. It was nuts.

We left them at the end of the gigs and by the time we woke up in the morning and got on the message boards, people had driven five hours to pick up this bike.

It's strange. I felt sorry for the guy. He left his house at eleven o'clock in the evening and got to this place at four in the morning and he got a speeding ticket along the way. Then he drove home and was knackered.

Are you tempted to see how far you can push people?