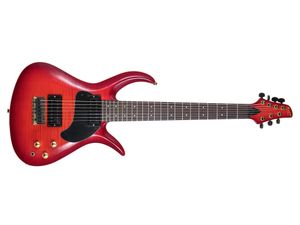 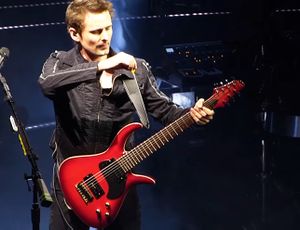 This guitar was bought by Matt from Mansons for touring use in 2015, as a Rig A duplicate of the Manson 7 String E Guitar.

The CE-7 was released by Mansons in 2012 as a recreation of Matt's original modified 7-string E-Series, which was most notably used on Citizen Erased (hence the "CE" in the model name).

It was first played live at the Musilac Festival 2015 and was used for Citizen Erased. The guitar was placed in Rig A, with the original E7 in Rig B. This guitar was used the most out of the two. The last time it was used was at the Shepherds Bush Empire By-Request gig in 2017 and has not been used live since then.