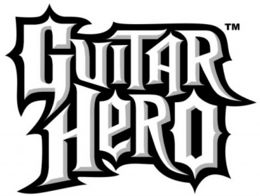 Guitar Hero is a series video game using a guitar shaped controller to simulate the playing of a guitar as the notes you have to hit scroll down the screen. There are five buttons on the "fretboard" of the controller, a "strum bar" on the body where the strings would be. As of Guitar Hero II, a whammy bar which could be used as a note was being held for additional score was also included. Both Guitar Hero: World Tour and Guitar Hero 5 feature drums and vocals as well as the usual guitar and bass, which originated in the Rock Band music game series. In 2011, the franchise fell silent for many years with no new games released, until 2015 when Guitar Hero Live was released with a new controller and ascetics; although it contains no Muse songs on disk or to download as of August 2017.

Guitar Hero III contains a master recording of Knights of Cydonia as one of the original setlist songs.

Supermassive Black Hole, Exo-Politics and Stockholm Syndrome were released as downloadable extra content on May 8th 2008.

Assassin features in the setlist for the game.[1]

Matt as depicted in GH5

Matt Bellamy is featured as a playable character in the game playing the Mirror Manson, as well as the song "Plug In Baby" from the album Origin of Symmetry. In the game you can see Matt Bellamy pulling off his signature moves that he uses on stage when playing Plug in Baby.[2]

Uprising is featured in the setlist, Resistance is available as downloadable content as of October 14th, 2010. Supermassive Black Hole was released for the second time within the series on March 8th, 2010. This version, unlike that on Guitar Hero 3, features bass, drums, and vocals.