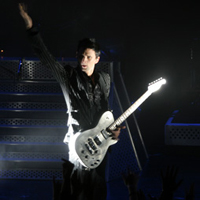 Will there be a secret headliner?...

Snow Patrol, Muse and Kasabian have all been confirmed as headliners for this year’s Isle of Wight Festival.


Also confirmed for the three day event in June are Ash, Wolfmother, The Feeling, Amy Winehouse, The Fratellis, James Morrison and Paolo Nutini.


Snow Patrol will headline the night of the event (Friday June 8), Muse the Saturday night (June 9) and Kasabian the final day (June 9).


However, it is strongly rumoured that the festival will be closed by a set from The Rolling Stones.


Tickets for the Isle of Wight festival are set to go on sale later this month.