This page only lists Fender's regular Telecaster models and does not include the Fender '83 "Jeff Buckley" Telecaster as it's a special guitar. 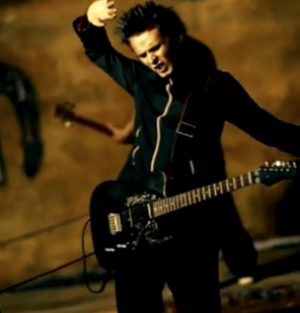 This guitar was only used by Matt during the New Born video, probably used as it resembles Matt's black Manson.

The guitar ends up getting completley soaked, as to why this guitar hasn't been seen again.

This Telecaster guitar has a matte black finish with a marble-like pickguard.

One unusual note on this guitar, is that it has a Stratocaster neck, simlar the that of Chris's Stratocaster, used for Hoodoo during 2006. 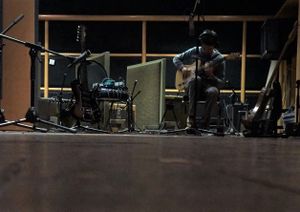 This Telecaster was seen used by Matt while making of Drones, specifically on the slide solo of The Globalist. The guitar was probably used for other songs on the album aswell.

The guitar features a 'vintage white' finish and a white pickguard.