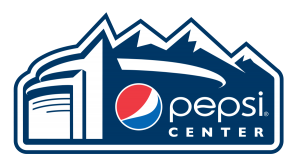 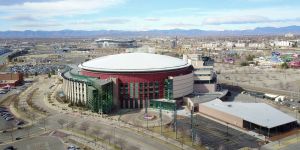 Pepsi Center is an indoor multi-purpose arena, located in Denver, Colorado. Named after PepsiCo, the arena opened in 1999 as part of a six-year sporting venue update, together with the Coors Field baseball park, and was designed by an architectural company named Populous (then HOK Sport). The arena has underwent several seating expansions and can now accomodate up to 21,000 people. In 2013, the arena also had it's original octagonal scoreboard replaced with a bigger rectangular one. The Pepsi Center is owned and operated by Kroenke Sports & Entertainment.

The Pepsi Center is home to the Denver Nuggets of NBA and Denver Avalanche of NHL, aswell as Colorado Mammoth of NLL. It's also former home to Colorado Crush of AFL. The arena hosted several sporting events including the 2001 NHL All-Star Game, the 2001 Stanley Cup Finals, the 2005 NBA All-Star game, the NCAA Men's ice hockey Frozen Four in 2007 and the Mountain West Conference Men's Basketball Tournament. It's also hosted a few UFC events; UFC 135 in 2011, UFC 150 in 2012, UFC on Fox: Shevchenko vs. Peña in 2017 and UFC Fight Night: Korean Zombie vs. Rodríguez in 2018. Some musical acts that performe at the arena include Celine Dion (the performance of which marked the opening of the arena in 1999), The Chemical Brothers, The Offspring, Mumford & Sons, U2, Rush, Imagine Dragons and more. In 2008, the Pepsi Center also hosted the Democratic and Republican National Conventions.