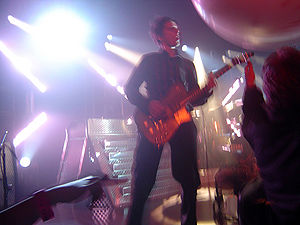 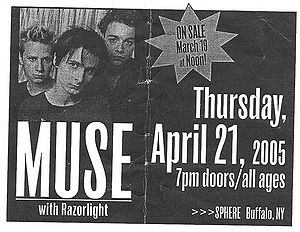 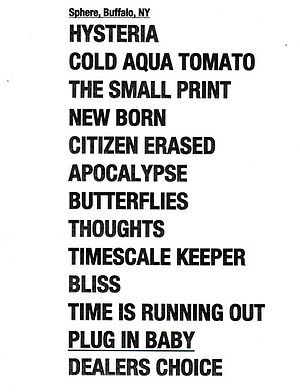 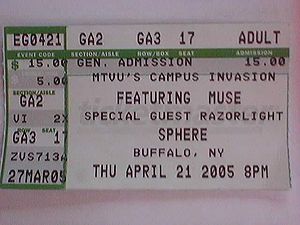 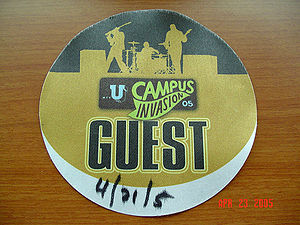 Matthew Bellamy's assertion that the band hadn't played Micro Cuts for a year was incorrect—the song was played at both nights the previous December during the Earls Court Exhibition Centre performances.[5] Dominic Howard made a mistake, he missed out a strike on the bass drum and hit the snare drum early.[source?] The band were able to recover, though it resulted in Bellamy laughing, to which some of the audience screamed.[source?]

An audio bootleg was made and distributed in FLAC format, which was trans-coded into mp3 format and uploaded to Muselive.com and can be found here[registration needed]. One of only three known audio bootlegs of Assassin in its original iteration.

You can listen the gig here [1]