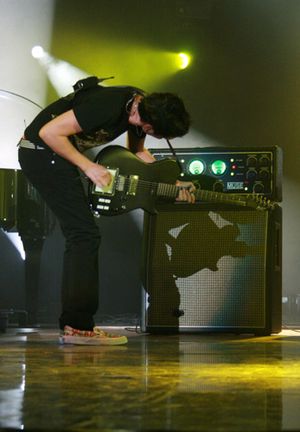 First Muse show in Serbia (and only to date).

Announced on the 12th of August.[2] Juliette and the Licks were scheduled to be the support act, but cancelled ~3 days prior to the concert for reasons unknown.[3]. Balloons were released during Plug In Baby.[3]

In Q issue 263 Matt described this Gig as "one that stood out" due to the production being very limited(Only baloons and lights). He also noted that he wanted to do more of these "stripped down shows" in amognst the "monster shows" in the future.