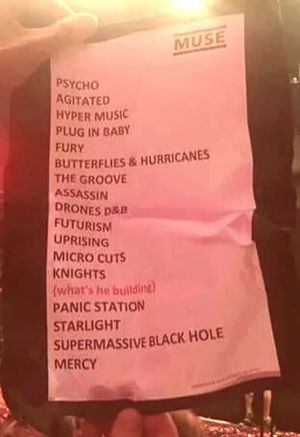 Last performances of Hyper Music, The Groove and Micro Cuts to date.