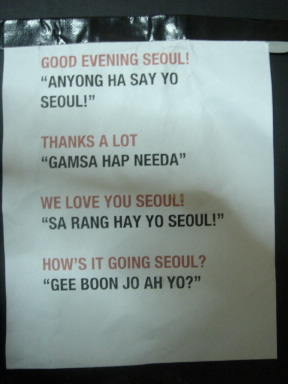 First announced by The Korea Times, one of three English language South Korean newspapers, on 14th January 2007. Purchasers who bought tickets for the Hoobastank concert got a 10,000 KRW discount.[1] Tickets went on sale through Interpark on the 18th of January.

Sunburn was in the set list but it wasn't played.[2]