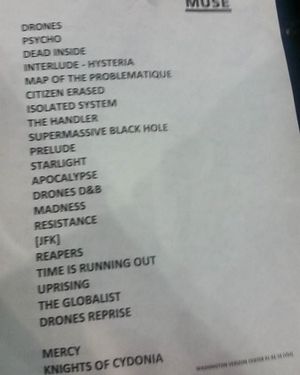 There was an event surrounding this gig, where a few select Musers could win the opportunity to sing with Muse. There were two winners and Muse played Plug In Baby and Starlight with the winners during the soundcheck. Plug In Baby would not actually be performed at the gig later that night.

After being soundchecked a couple of times, Citizen Erased was finally played.