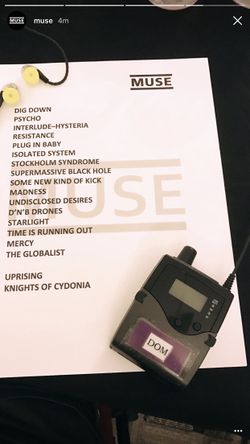 Setlist picture, posted on Muse's instagram story after the gig

Announced on February 6th, 2017, along with the tour announcement, Muse will play at the MidFlorida Credit Union Amphitheatre in Tampa. The last time that Muse played in Tampa, Florida was in 2013, during The 2nd Law tour.

Tour debut of Stockholm Syndrome. Played for the first time in the US since 2015.