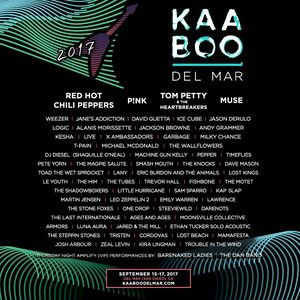 Confirmed by KAABOO and the band on March 23rd, 2017, Muse will be headlining the event on September 16th, 2017. Muse will be one of the headliners of the festival alongside Red Hot Chili Peppers, P!nk and Tom Petty & the Heartbreakers.

The exact date of the performance was confirmed on July 11th, 2017. People buying the Hang Loose GA passes can use the code “MUSE” for a 10% discount.