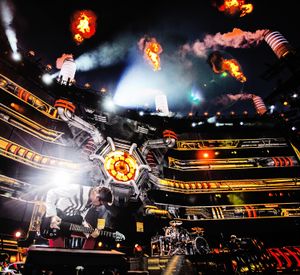 Before Muse came on stage, a speaker announced (in Italian) that the audio and video recording of the gig will be used on the upcoming live Blu-ray/DVD. Throughout the show, Matt spoke in Italian many times and wore an Italian flag while singing Undisclosed Desires and walking next to the fans.

In an Australian interview two weeks later, Matt said they had to "bribe people with thousands of euros just to be allowed to blast our fire effects. We had to phone the British Embassy in Rome and argue with some official."[6] An investigation was launched by officials into the allegations, which sparked the release of a statement from the band's management saying that Bellamy had been misinterpreted, and that no bribes were made. All relevant legal documentation was shown, and the investigation was closed.[7]

The show was performed in front of a crowd of 60,093 people. 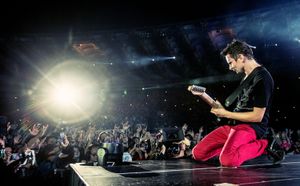 Matthew on the B-Stage

The tickets with reduced visual were sold few days before the gig, to fill to the stadium to maximum capacity, in view of the registration of the Blu-ray/DVD. 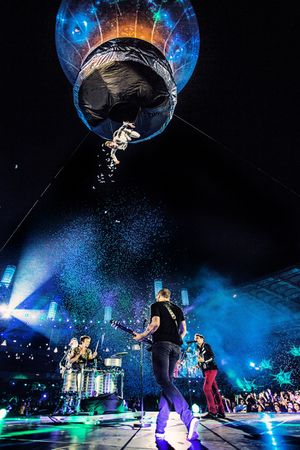