Difference between revisions of "Rich Costey" 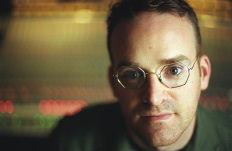 Muse believes Rich has nailed the sound they want.

When asked why they had chosen Rich Costey, Matthew Bellamy answered: "He was the man we originally thought of working with for the rock tracks. He'd previously mixed some great rock records -Audioslave, Rage Against The Machine's Renegades, The Mars Volta - but in the meantime he'd been sending us discs of other people he'd worked with like Philip Glass and Fiona Apple and was trying to convince us that he should do the whole album. We reworked Apocalypse Please with a more aggressive sound, without too much over-production, and it sounded better. In the end he did do pretty much all the album, and mixed it as well. He understood what we were trying to achieve."

Bellamy approched Costey in regards to producing their next album during the Absolution tour. Costey followed this up by contacting Bellamy a few months prior to starting the album.[1]

Wolstenholme: We kept him because he really did a good job for Absolution. We had many producers until now, working on two following albums with the same one is a little bit different. Rich’s main quality is a very good technician doubled with a real musician. As a matter of fact, he gets involved more in what we are creating, and his advices about arrangements, as melodies, are constructive. He perfectly understands music which is not the same situation about other producers.

With Drones, Costey was, like with The 2nd Law, in charge of mixing, allthough this time he mixed the entire album.

Simulation Theory is the first album after 10 years that Costey has done production on. He also did mixing and some engineering.