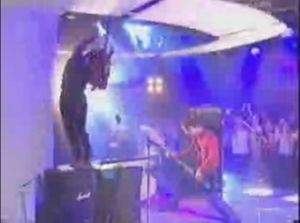 Muse performed Bliss, like the last time, they had to mime the new single, matt still had the red hair, Dom "Played the piano", this is actually seen in the Hullabaloo Documentary.