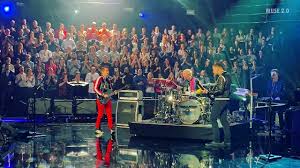 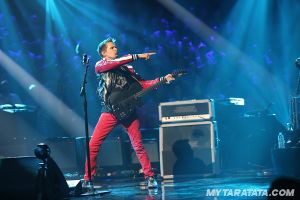 Announced by Taratata in their official twitter page on 11th September. The show was broadcasted the 16th November.

Muse have played in this programme twice before, in 2009 and in 2012 to promote The Resistance and The 2nd Law respectively.

The Dark Side was sound checked.

The gig marked the live debut of Pressure, and the Duran Duran cover Hungry Like the Wolf. They also played an excerpt of Propaganda from tape during the interview.

You can watch the whole show and interview here.