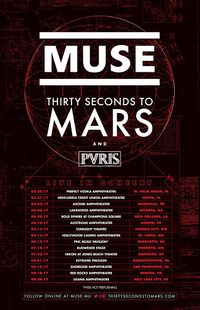 Alongside the tour, Muse will also be performing at these festivals.