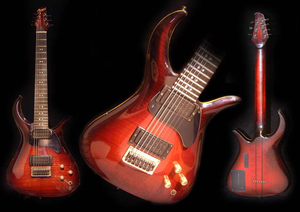 According to Matt in an interview with Australian Guitar Magazine 2010, this was the first guitar he bought from Manson's guitar shop.

This guitar was only used live for Citizen Erased from 2001 til 2011, for which it was tuned to AADDGBe.