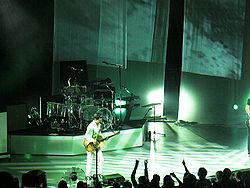 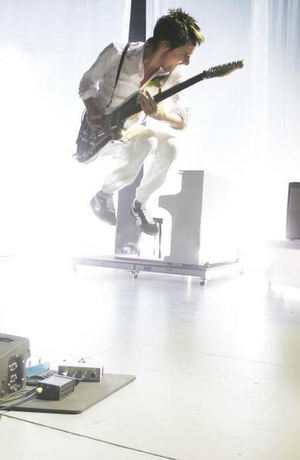 Butterflies & Hurricanes and Fury were played during the soundcheck. However, Fury wasn't played during the actual concert. According to staff at the Greek Theatre ticket office, 100 people were in the standing area.[source?] Matthew Bellamy played Sunburn on his keyboard and played the entire Plug In Baby outro riff with the guitar behind his head. Dan Newell played the trumpet solo for City of Delusion.

Both Paris Hilton and actor Haley Joel Osment attended this performance. The latter crashed his 1999 Saturn car into a brick pillar and flipped it after leaving the venue.[2]