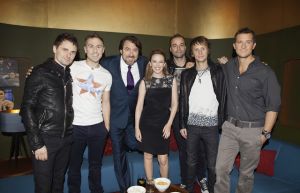 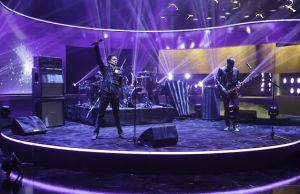 Performing at The Johnatan Ross Show 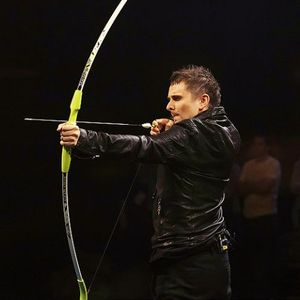 A TV show promotional performance in support of The 2nd Law

Matt participated in the show by doing some archery and eating a larva worm. He was once again wearing his cool jacket. At the end of the show, the band played a slightly shortened version of Madness.