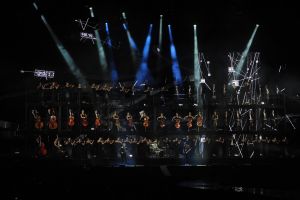 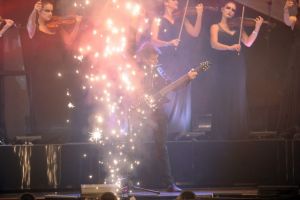 Last performance in the UK before the return to the arena tour in USA.

Muse opened The BRIT Awards 2013, performing "Supremacy" with a 75-person orchestra and pyro. The track was slightly shortened than the usual version.

This live version can be purchased in the iTunes Store, with all proceeds going to War Child. The song was also featured in a compilation called Brit Awards 2013.