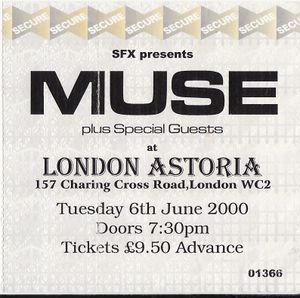 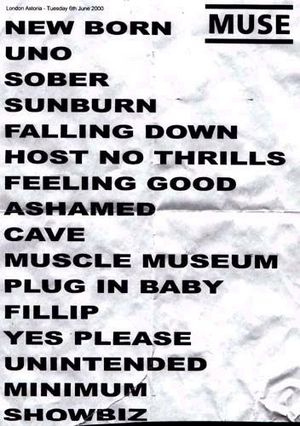 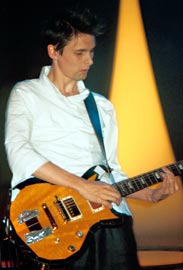 According to information found on the blog "My Webcave of Wandering Witterings" the supporting acts for the show were Coldplay and Angelica.

Notes: Around this time I was in a band called ‘Cave’, and bassist Mike and I were big Muse fans (we covered ‘Muscle Museum’ and ‘Cave’ in the band). Headed to this with Mike and Encarni, and maybe Roger… not sure. Laura was gutted she missed this gig, being that she still lived in Spain at this point. We missed the first support, but main support were a new up-and-coming band called Coldplay. I remember that this was shortly before their first album, as Mike had the ‘Shiver’ single and Chris Martin mentioned onstage about the album coming out soon. They were great here, and ‘Trouble’ sounded fantastic (I rightly predicted that it’d be a huge hit for them) and ‘Yellow’ was clearly destined to worry the sharp end of the charts. Muse were utterly amazing live, and I was lucky to have caught them this early on as they were still a young band from the West Country at this point, but on the way up and touring their first album. Mike and I were just in awe of the musicianship onstage, both Matt Bellamy and Chris Wolstenholme were big influences on our work in our band Cave."