Difference between revisions of "For The Throne (compilation)" 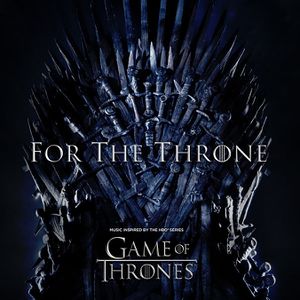 Official compilation of songs inspired by the series Game of Thrones. The songs were written specifically for the album.

First announced in Summer of 2018 that Columbia and Game of Thrones would be collaborating in releasing a music album alongside a final season, to honour the show.

Pray, a song composed by Bellamy, is also part of the compilation. Bellamy hinted towards featuring in an April release TV show soundtrack in an Instagram comment, however at the time, it was just speculation as to which show he might be featuring on.

Alongside Bellamy, the album features many different artists from many different genres of music, including The National, Ellie Goulding, The Weeknd, X Ambassadors, James Arthur and more.