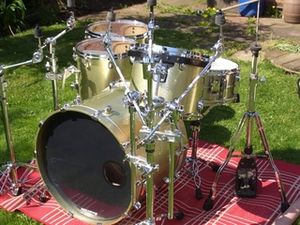 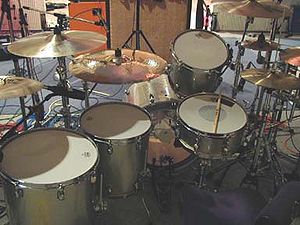 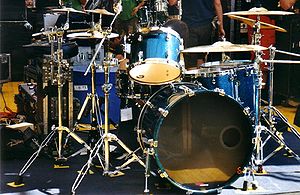 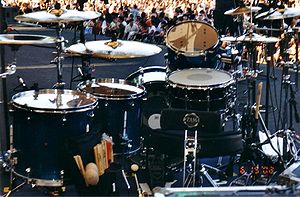 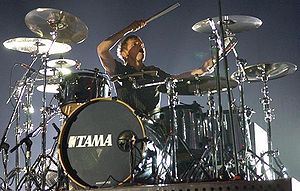 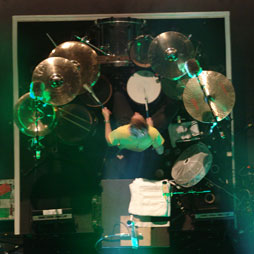 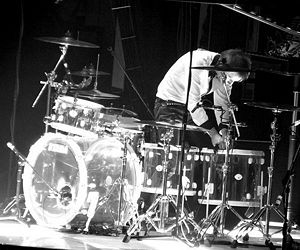 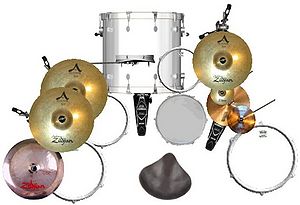 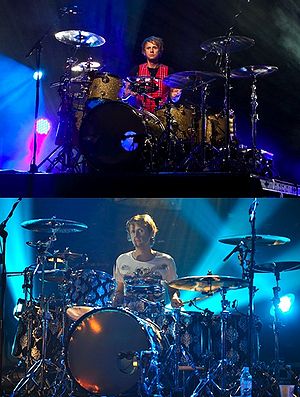 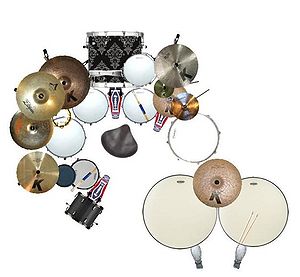 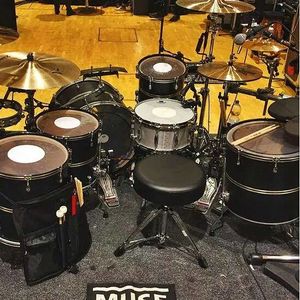 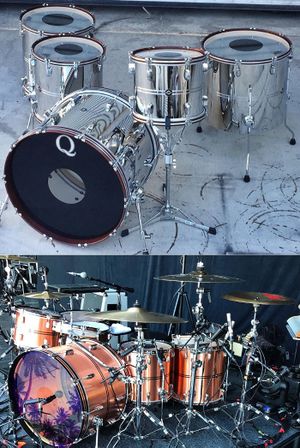 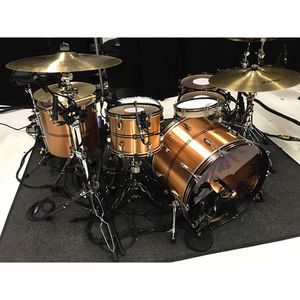 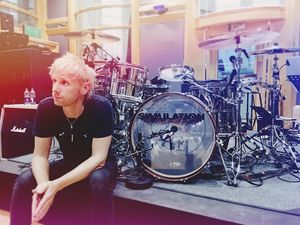 Stainless steel minimalised set up for the Simulation Theory period 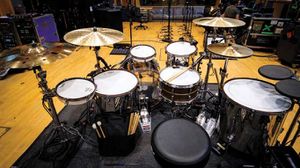 Howard stated, in an interview for a french drum magazine "Batterie", that he would like to install LED lights onto the kit for the 2019 headlining tour.

For the headlining tour, Q Drum Co. built Dom and Chris two 5' concert drums, fitted with LED lights. Additionally, an electronic trigger kit has also been seen at the rehearsals, similar to the one used for Undisclosed Desires and Guiding Light from 2009-2013.

Note: Two black Roland pads were used during the latest rehearsals, but removed for the live shows that have already taken place. According to Dom, he's going to use them for the headlining tour.