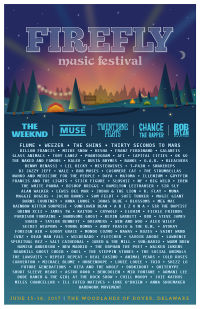 This would be Muse's first gig in the state of Delaware. The show was streamed on Yahoo's website.