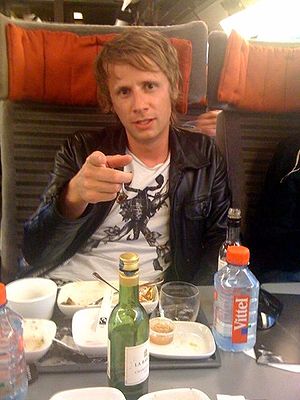 Recalling Re:Covered where Muse performed Can't Take My Eyes Off You, Matthew Bellamy explained how Howard wanted to do this song because he could sing the "Ba DA" bits. After performing at BBC Re:Covered and a few other performances, Howard didn't sing live again until Supermassive Black Hole became part of the band's set.

Whilst recording Absolution he demonstrated his inability to sing in tune when the whole band had to perform vocals in Blackout together (Thomas Kirk could have been singing too). The sound techs pointed out that someone was out of tune. After a couple of attempts the results were the same. To find out and solve who was singing out of tune, one person was taken out at a time and the recording was tested again, resulting in Howard not being used for vocals.