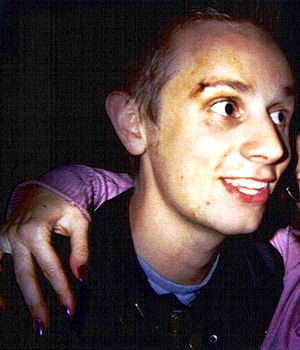 Dom has on three recorded occasions been injured as a result of being the target of Bellamy flinging his guitars in his direction. A clip of one of these occasions can be seen on the Hullabaloo DVD, Disc 2.

At the Trabendo gig in Paris, 10th September 2003 Bellamy launched his guitar in Howard's direction and it hit him in the face, luckily only causing a split eyebrow which required stitches and a tetanus injection, an anecdote which Bellamy appears to take paticular relish in retelling in interviews.

Thomas Kirk also reported in 2004 that Bellamy injured Howard's arm at a Turin gig with yet another ill-thrown guitar. "Dom's arm is now ok after a Turin stage rucas [sic]. The hospital said its increasingly likely that there's a hefty magnet somewhere inside him that attracts thrown guitars." [1]

At the gig in Manchester MEN 10/11/2006, eyewitness reports state that Bellamy also threw his megaphone at Howard after it malfunctioned during Feeling Good. [2] However, it is unknown if any major injuries resulted from this incident.

In an interview with Kerrang in January 2007[3], Bellamy said:

What's the worst onstage injury you've caused? I've injured poor old Dom [Howard, drums] in the past. I've thrown a guitar in his direction twice and on one of those occasions I split his eyebrow[4]. He has to get a tetanus injection, which was quite funny. He had to bend over, pull his pants down and get a needle up his bum by a doctor. It was pretty humiliating for him and I felt a bit guilty but I must admit it was also pretty funny.

Back to Dominic Howard