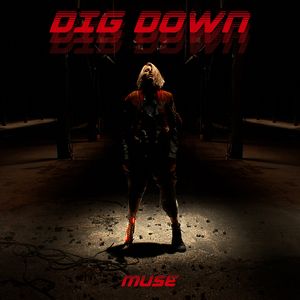 According to Matt, this was the 'first version' of the song, before getting it into a synthetic sound.[2]

This version contains an acoustic guitar instead the electric one, and also a gospel choir.

On May 8th and 9th, 2017, the band posted 2 videos called BTS and BTS #2, showing brief behind the scenes footage of an upcoming video. On May 16th, a final BTS video was released, titles Dig Down BTS #3. On May 11th, it was officially announced a new single called "Dig Down" would be released on May 18th, 2017,[3] at exactly 07:00 Pacific Standard Time, on the KROQ Radio station in Los Angeles, California. At the same time, they released the music video for the song as well.