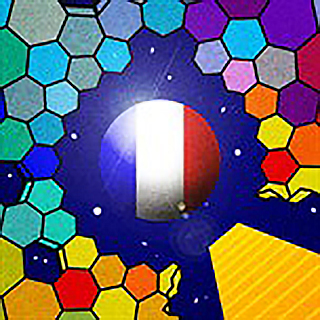 Promotional artwork (for the 2009 French tour in Paris).

This will be the last of three French concerts, which were announced on the 16th of March.

The four most voted songs on the official setlist polls were Citizen Erased, Bliss, Showbiz and Muscle Museum.

14. Starlight
15. Man with a Harmonica intro + Knights of Cydonia