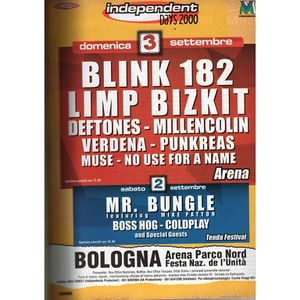 There are cuts between every song in the footage, meaning that there were likely more songs that were performed that were cut from the broadcast. Based on this, it is likely that the known setlist is incomplete. This may not be the case, however, as an eyewitness claimed that the band played "very little".[4]

A professional shot tape of the whole gig can be found Here. These songs have been ripped and are available in avi format here, while audio in mp3 format is available here.