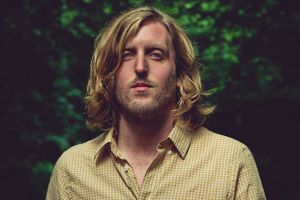 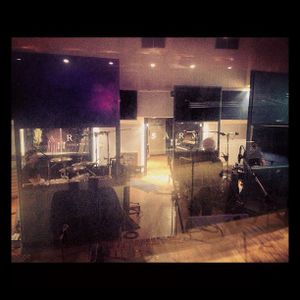 Burrows and Howard recording the soundtrack for The Snowman and the Snowdog (source: Tom Odell's Instagram

Andy Burrows is an English musician and songwriter. Apart from his solo career, he's also known for being the former drummer of bands Razorlight and We Are Scientists (in which he's still considered a honorary member) and working with Tom Smith from Editors on their short-lived project Smith & Burrows. He's also part of I Am Arrows. His first solo album, titled The Colour of My Dreams came out in 2008. In 2010, when he departed Razorlight, he released his second album, I Am Arrows, and in 2012, he released his third album, Colours.

He also co-wrote the soundtrack for a 2012 animated film called The Snowman and the Snowdog with Ilan Eshkeri (On it, he also colaborated with Howard and Tom Odell providing additional instruments) and co-produced the soundtrack for Ricky Gervais's movie called David Brent: Life On The Road, in which he appeared as David Brent's drummer.

He supported Muse in 2012 during The 2nd Law Tour at Amsterdam, Strasbourg and Antwerp gigs. He also supported Muse during Simulation Theory Tour at Nijmegen and Cologne gigs.