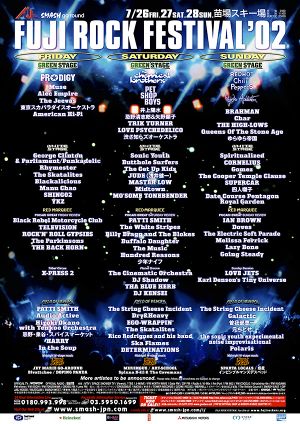 The band's clothing was predominantly black. Bellamy wore black jeans and a black shirt. Dominic Howard wore a black short sleeved t-shirt with red rings around ends of the arms. Christopher Wolstenholme wore a black t-shirt with a logo along with blue jeans.

You can listen the gig here [1]

Matthew Bellamy made several mistakes towards the end of Apocalypse Please, after which he gave up and simply hit random keys.

An early version of Thoughts of a Dying Atheist was soundchecked before the show. You can watch it here.